Sometimes a song is a classic for all ages

I have discovered this song this week, thanks to spotify radio (maybe I will get paid for the plug).

I love it, I have heard XTC before and have some of their albums without listening to them to much. But man, this song is amazing. I definitely need to check out more XTC.

The Alan Parson Project is a band that I am getting back into and man they are good.

Recently I purchased a copy of their Anthology on cd and that has been on a lot. For songs and technology based sounds it still sounds great and not dated. It shows that good song-writing always stays good. 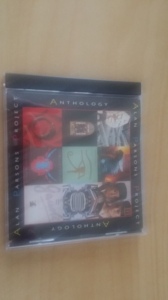 The Alan Parsons Project were a British progressive rock band, active between 1975 and 1990,consisting of Eric Woolfson and Alan Parsons surrounded by a varying number of session musicians and some relatively consistent band members such as guitarist Ian Bairnson, bassist and vocalist David Paton, drummer Stuart Elliott and vocalist Lenny Zakatek.

Behind the revolving line-up and the regular sidemen, the true core of the Project was the duo of Parsons and Woolfson. Woolfson was a songwriter by profession, but also a composer and pianist. Parsons was a successful producer and accomplished engineer. Almost all songs on the band’s albums are credited to “Woolfson/Parsons”. ( From Wikipedia )

An interesting fact is that due to the complex natural of their songs they never played live in their original line-up. It wasn’t until the 90’s with the aid of modern  technology of digital samplers.